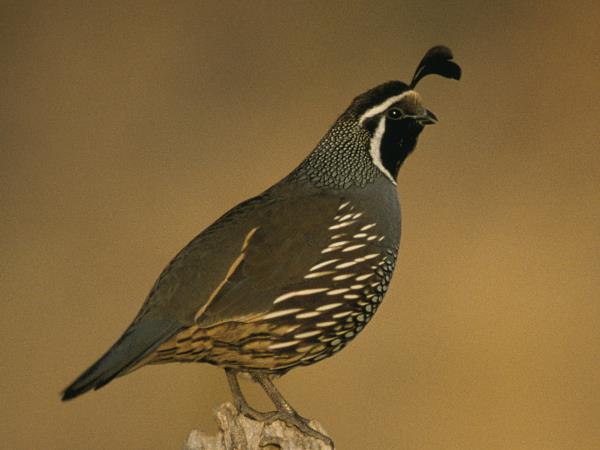 A look at a California map quickly reminds a viewer that California birds divide between the beach birds of the coast and the land birds of the Sierra Nevada Mountains, the valleys and deserts.

Land birds constitute a large portion of the California birds total, especially during migration. According to the California State Parks department,

Millions of birds – more than 350 species – follow the Pacific Flyway. They travel this great avian highway each year from the Bering Straight to South America, flying over, and wintering in many California State Parks along the way. Birds migrate south as early as August and migrate north as early as March.

The list includes all the familiar common backyard birds of the West such as sparrows, jays, finch, thrush and down the line. The link to woodpeckers leads to an article that comprehensively covers that particular topic for California.

Visiors interested in bird identification tips for common backyard bird species and other species can also press the birds button.

When choosing the state bird, the people of California opted for the California Quail pictured. California is only one of a few states to choose a game bird as the state bird. The quails are medium sized birds easily identified by a black plume on the head. They live in groups. Males have the white border around the black face. Females have brown feathers. They are rear-round residents of the grasslands with lots of native underbrush and grasses. Their diet consists of seeds and leaves. 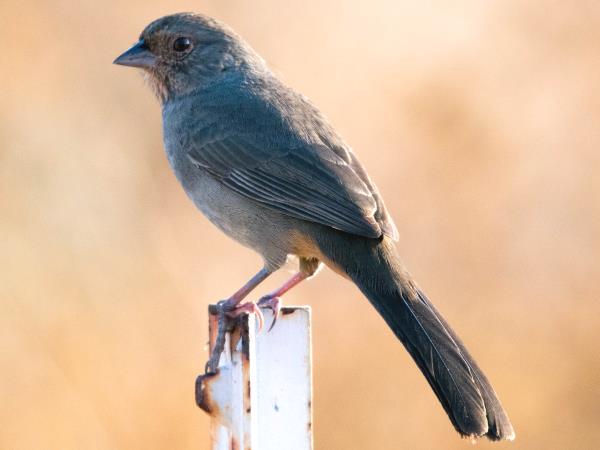 That makes California a great birding destination for visitors looking to bulk up their life list of Western birds. 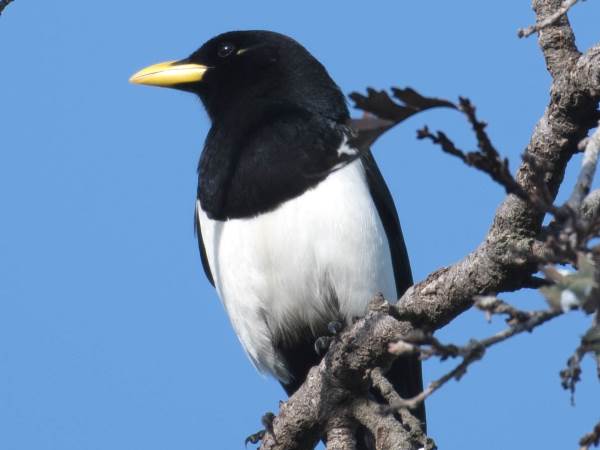 Together the beach birds and land birds constitute the always growing California birds checklist of species, that stands at over 650 in number. That large number of species means California always competes with Texas for the title of state leader in bird species.

California birders also equal Texas birders in the lengths they go to insure they have accurate and up to date bird species information. Many of the larger cities opt to promote their own local breeding bird surveys to insure that their habitat management plans fit the local species. 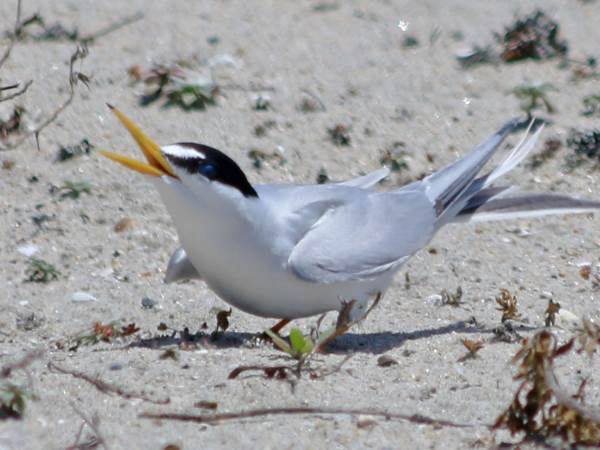 Snowy Plovers and Least Terns often lead the discussion of California beach birds because coastal development created the conditions that ultimately led to their being placed on the Endangered Species list. Both nest on the same sandy beaches enjoyed by the millions of California residents and visitors.

Habitat encroachment is largely to blame for their population stress. Closing in on fifty years of protection for the California Least Term has led to some population improvements. Nonetheless, the population is still not self-sustaining for the long term.

Of course, California beach bird species number close to one hundred, making traditional birding along most areas of coastal California, from north to south, a great birding experience. Double your tourism please and visit the Redwoods and Arcata Marsh for birding. It’s a man made water treatment facility on the coast and a well known bird magnet. 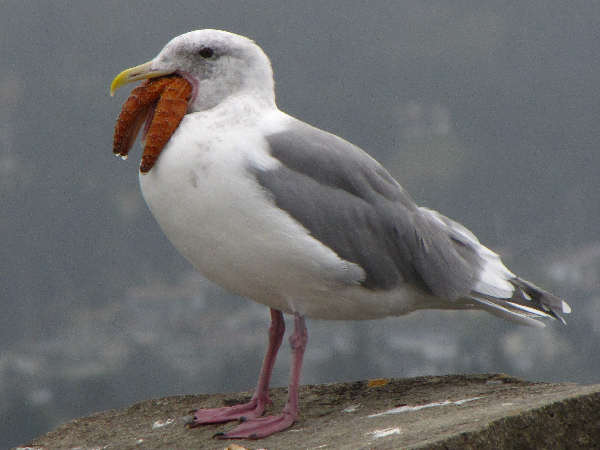 Cabrillo National Monument (CNM), located at the southern tip of Point Loma in San Diego is a well known birding hot spot of the south. The Monument’s location provides birders an opportunity to see a wide diversity of birds in a compact area, a great advantage for birders with a tight tourist itinerary and other must see places in Southern California.

Part of the birding diversity at CNM can be attributed to its strategic location on the Pacific Flyway. It’s not only an important staging area for many neo-tropical migrants and shorebirds, but also a seasonal home to many migrants, and year-round home to a handful of other birds.

The picture shows probably a Glaucous Gull consuming a Sea Star. Gulls are very common around CNM and leg color is one good field identification clue for quickly differentiating between the yellow legs of the California Gull and the pink legs of a few other similar looking gull species, including the Glaucous Gull.

The bird checklist for both the monument and Point Loma peninsula lists 346 species, with over 200 spotted at Cabrillo National Monument alone. They are a mixture of common beach birds and perching birds.

On any given day, a hike around the monument might turn up dozens of different species.

Tide pooling is a year round activity for both people and birds. When the children get bored with the hike, there’s always the beach.

When it comes to ducks, it is easier to list the non-California species (Black-bellied Whistling duck, American Black duck and Mottled duck) than list all the ducks that make their way to the ponds, lakes and coastal areas of the state. Even most of the arctic Sea Ducks such as the Eiders and Scoters make their way to the Northern California coastal areas during the winter.

The video provides a look at a half dozen common dabbling ducks:

In some areas of the state, Gadwalls, Mallards, Wigeons and Cinnamon Teal are year round residents. These are probably the most common species tourists will see at the nearby pond.

During the non-breeding season Northern Shovelers are found state wide.