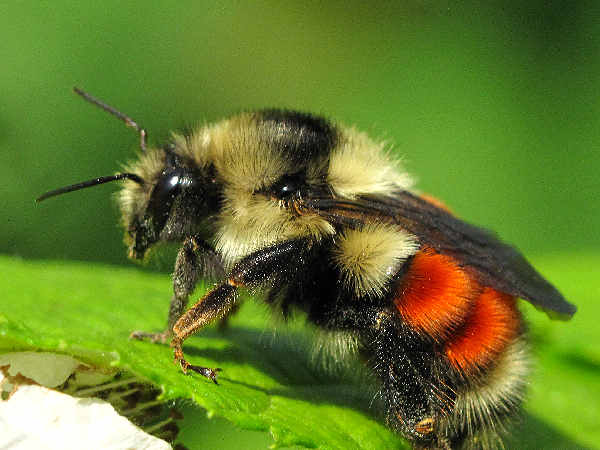 We enjoy seeing all types of bumble bees moseying around the garden, happy that they are contributing to the pollination of the flowers and/or vegetables. They are easy to recognise as a beneficial genera of bees related to the honey bee. Like honey bees, bumble bee (genus Bombus) colonies consist of a queen, workers and drones. Unlike honey bees, they nest underground

Identifying bumble bee species involves following a set of rules that are similar to other insect identification tasks. Their body consists of a head, thorax and abdomen, and different species show different hair colors and patterns on all three body parts. Maybe easiest place to start with bumblebee identification is by looking at the abdomen. Generally it will have a combination of either black and yellow or black and red hairs.

The top picture of a red-tailed bumblebee (bombus huntii), for example, provides at least half the information any insect enthusiast needs to start the identification process. There are a handful of red-tailed bumblebees in North America, most geographically defined. 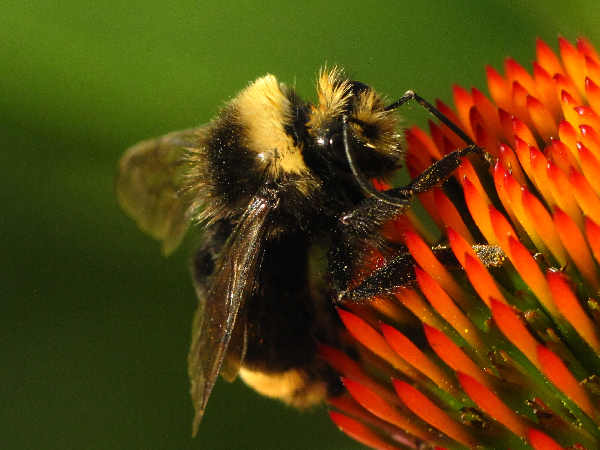 The Yellow Faced Bumble Bee in picture two shows both yellow hairs on the face and a small yellow band at the bottom of the abdomen. 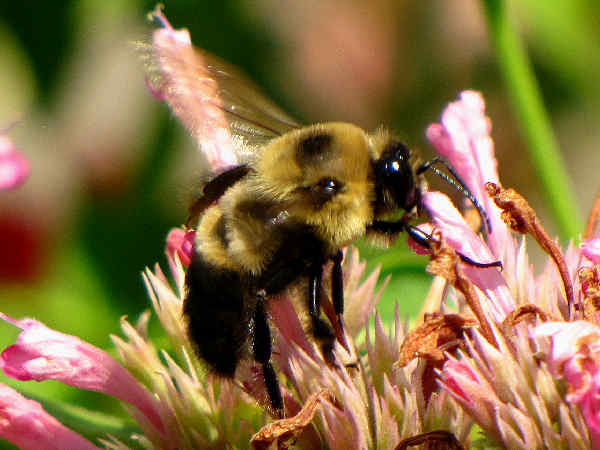 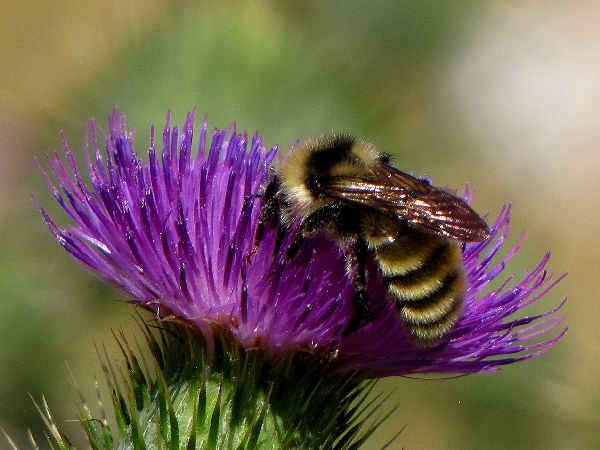 Finally, looking again at the abdomen of the bumble bee in the next picture reveals a pattern of yellow and black bands on the abdomen. That’s a good clue for tentatively identifying Bombus Appositus. 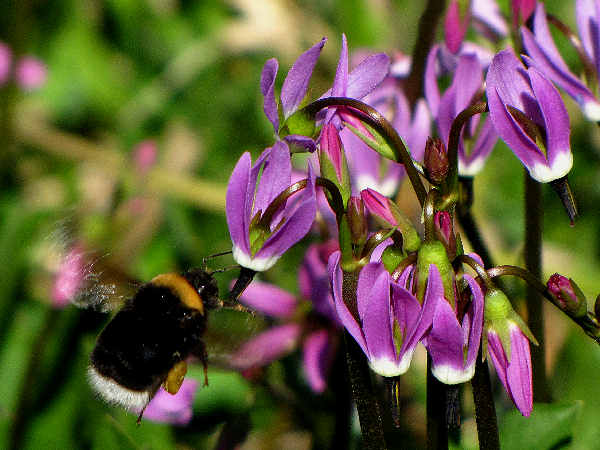 The white tail of the Western Bumble Bee (Bombus occidentalis) makes it a fairly easy species to identify. Finding one is an altogether different story.

Once common throughout the Western United States, the population experienced a dramatic decline. Scientists hypothesize that the species contracted a parasitic fungi, Nosema bombi, when it was exported to Europe to create commercial colonies for pollinating greenhouse plants. When the colonies were re-imported, escaped greenhouse species spread the fungus through the native Western Bumble Bee population.

With those general rules in hand, it’s also important to note some difficulties associated with bumble bee identification. First and foremost, a few bumblebee species, including the Eastern Bumblebee (bombus impatiens), the Two-spotted Bumble Bee (bombus bimaculatus), the Half-black Bumble Bee (Bombus vagans) and the Brown-belted Bumble Bee (Bombus griseocollis), share many physical similarities. In areas where they share overlapping territory, it’s easy to confuse them.