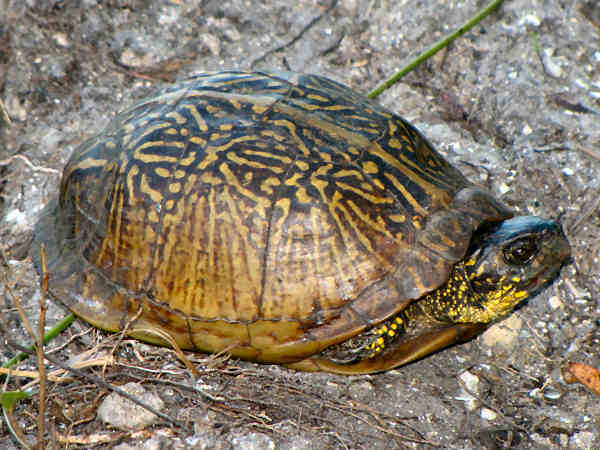 Box Turtles are best known as the turtles that can draw their head and legs into their shell and close it down in a box like protective manner. They are also the most land based of all the water based turtles in the family Emydidae. 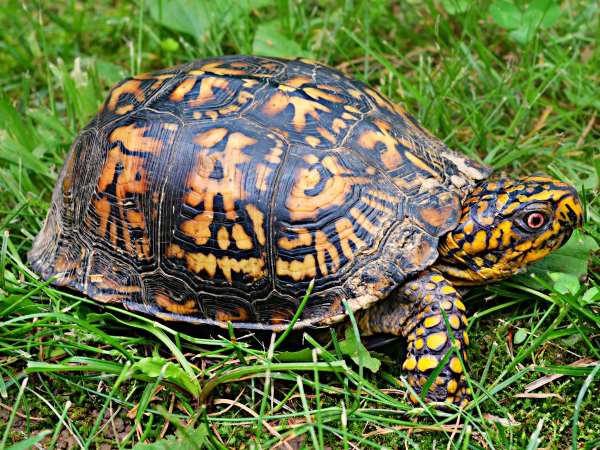 Eastern box turtles are one of the most commonly seen turtles in the wild. Although, because of their wide range, they are experiencing population pressures in some areas. According to the article, Home range and habitat preferences of Eastern Box Turtles… published in Herpetology Notes (2013),

Several state regulatory agencies in the Northeast (Connecticut, New Hampshire, New Jersey, New York, Massachusetts, and Pennsylvania) and Midwest (Ohio, Indiana, and Michigan) United States have listed it as a species of “Special Concern.” It is also considered “Protected” in Rhode Island, and “Endangered” in Maine.

Habitat destruction is commonly cited as a primary factory affecting populations. Whether or not altered habitats contribute to disease and increased mortality in turtles is still a big question.

The presence of ranavirus and its deleterious effect on local box turtle populations, however, is not in question. According to the article, PCR Prevalence of Ranavirus in Free-Ranging Eastern Box Turtles (Terrapene carolina carolina) at Rehabilitation Centers in Three Southeastern US States, the issue is important because of the havoc an outbreak can cause for already stressed populations.

Ranaviruses (genus Ranavirus)have been observed in disease epidemics and mass mortality events in free-ranging amphibian, turtle, and tortoise populations worldwide. Infection is highly fatal in turtles, and the potential impact on endangered populations could be devastating.

In their normal forest habitat they are usually very easy to identify as the high domed turtles walking around. They do have different shell patterns and coloration depending on geography and range. 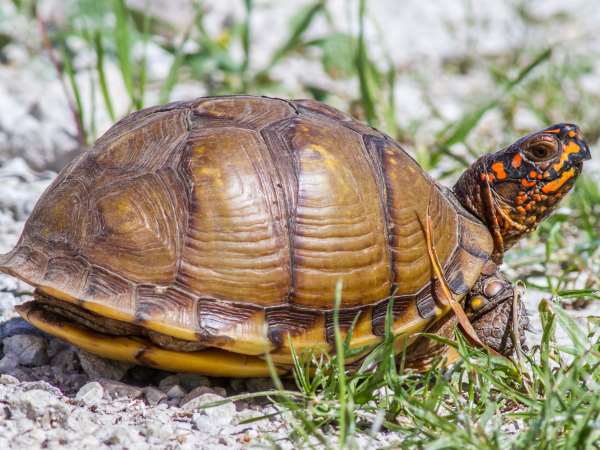 Three-toed box turtles get characterized as the western most species or subspecies of the Eastern Box turtles. Their range kinda extends to areas adjacent to the Mississippi river from Illinois to almost the Gulf Coast. The Gulf Coast Box Turtle range is immediately along the coastal areas.

The name says is all, many, but not all of the species have only three toes on the back foot. The picture also shows there is not much physically different in the species from the other two species. There are colorful patterns on the face and arms.. Sometimes there are no patterns on the shell. 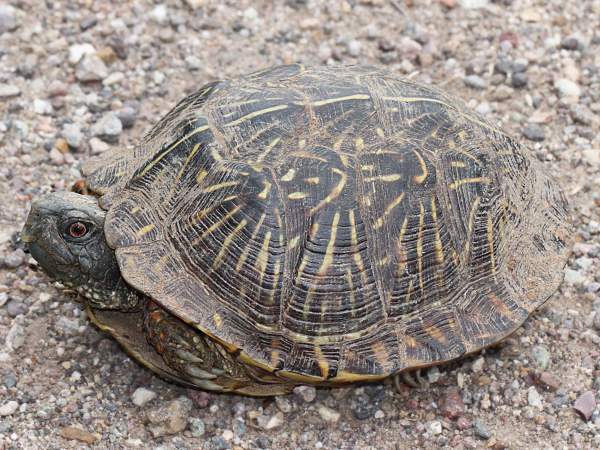 Western Box Turtles have different physical and behavioral characteristics than Eastern Box Turtles. Behaviorally their habitat is mostly grasslands and desert areas rather than the forests. Their shells have a bit less pronounced dome.