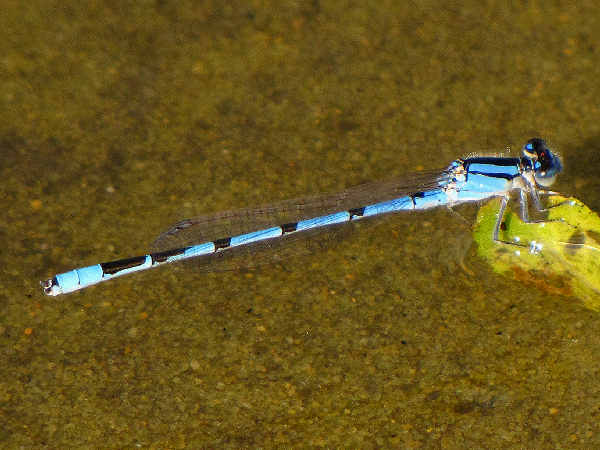 Damselfly Pictures: Bluets (Enallagma) – These damselfly pictures are presented as aides for general damselfly identification questions. As additional species are photographed, they will be added to the collection.

Along the southern half of North America, many bluet species fly year round. Eight species represent the bluets here. The most widespread Enallagma species, the Familiar Bluet (Enallagma civile), gets top picture billing.

Their predominantly blue abdomen (except for the very bottom) serves as a good field identification clue. 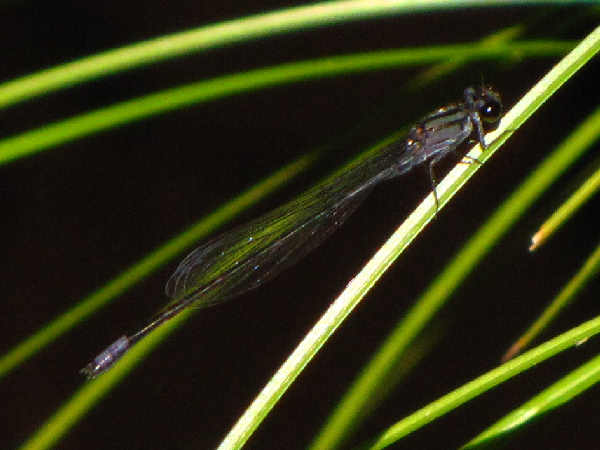 The Purple Bluet (Enallagma cardenium), a colorful tropical species found in the Caribbean, also expands its range to Florida, and perhaps southern Georgia. 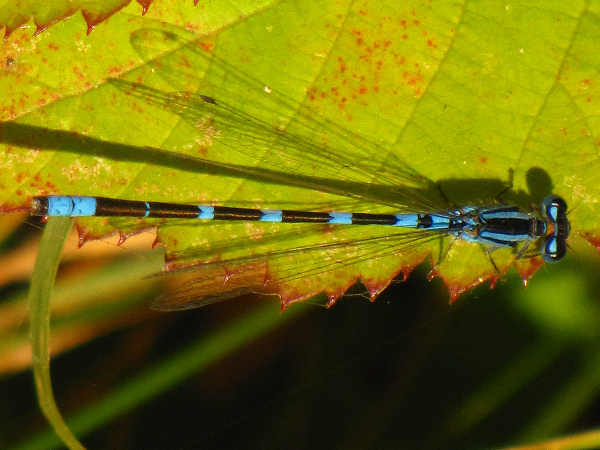 Like most of the Enallagma species, you need to get a feel for identifying the Tule Bluet (Enallagma carunculatum).

It’s another very common pond damsel found at both lower and higher elevations across much of the United States.

The presence of more black than blue on the abdominal pattern (compared to other bluets in the area) usually serves as the best field identification clue. 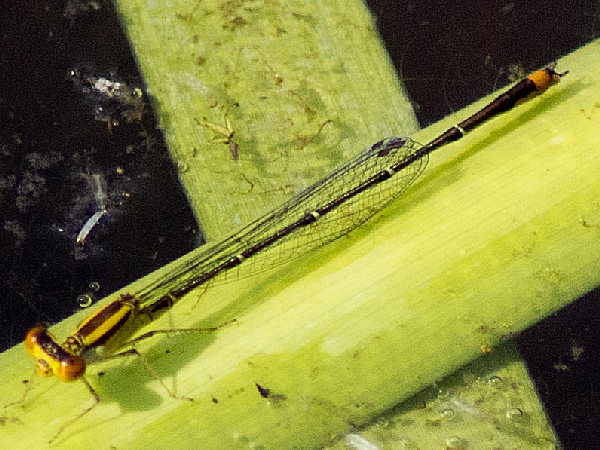 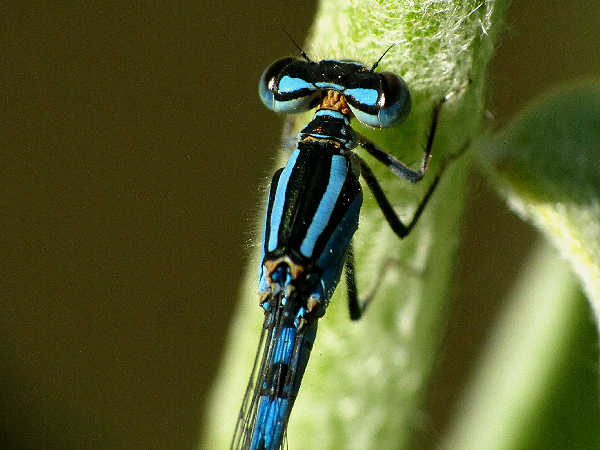 Northern Bluets are a common species across the northern tier of the United States from New England to the Pacific Northwest. Look for a single patch of blue color on the tip of the abdomen and two blue eye spots. 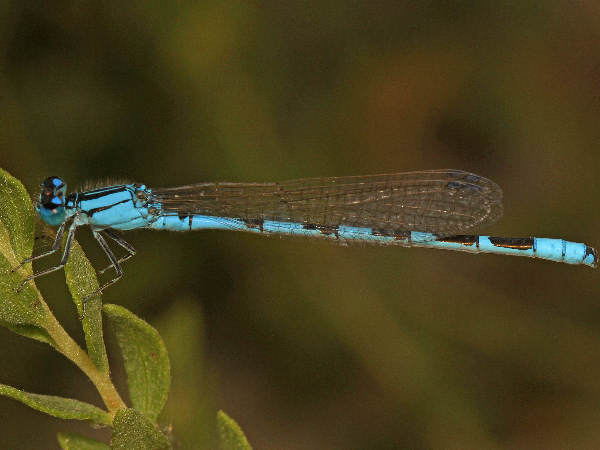 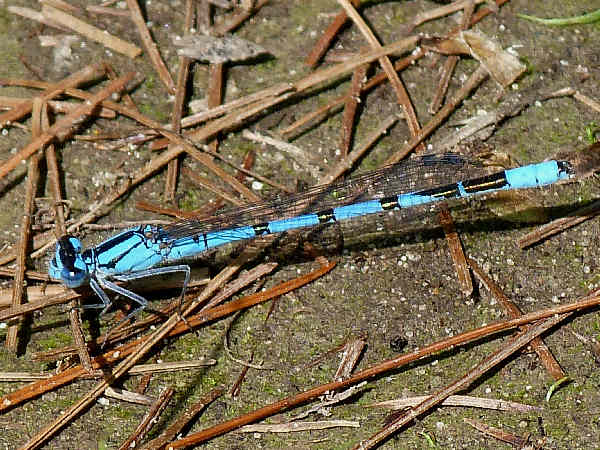 Boreal Bluet Damselfly (Enallagma boreale): They have a big western presence and a smaller presence in the boreal forests of the Upper Midwest and New England. 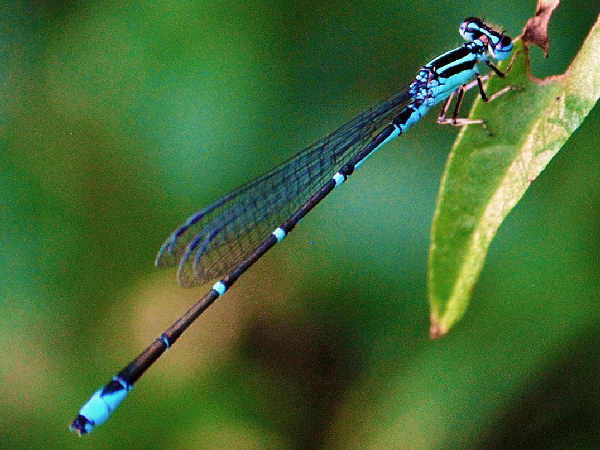 Stream bluets are common along the Eastern seaboard and in the Midwest. Check the tip, a good field ID clue is the presence of only one blue spot.